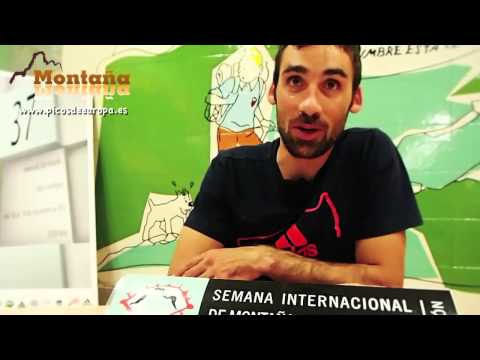 Luis Alberto Hernando, absolute winner at Transvulcania 2014, recently attended the Julio Bousoño International Mountain Week. The event was held in Gijón (northwest Spain) last week. While there, he held a video interview with Andrés de la Torre (Montaña Montaña), reviewing his expectations for the coming season and highlighting his strategies when choosing races. The Adidas TrailRunning Team member and current Skyrunning World Champion, explained that he will «most likely» pick the same competitions in 2015 as in the recently finished season. If confirmed, that would put him again at the exit line of Transvulcania.

In the clip he also compares our race with the mythical Zegama – Aizkorri and admits that «is currently easier to win a World Championship than Transvulcania». He also takes the chance to explain his preferred type of race and talks admiringly of Killian Jornet, whom he defeated in Transvulcania 2014 after being his second the previous year.

Here comes the full interview (in Spanish). Most of the Transvulcania mentions start at 07:15.